The subjective xenophobe (2018) is my first artwork in VR, which was shown at the Waqt al-Tagheer exhibition in Adelaide’s Ace Open gallery.

This work engages the technologies of virtual-reality and the densely-hatched drawing style of underground comix to critically address the rhetoric of contemporary Islamophobia, as yoked to the anti-immigration discourse in Australia. The work immerses the viewer in a post-apocalyptic, dystopian space; featuring a life-sized VR scan of the artist in various horror-themed, theatrical guises. The near (but not quite) human appearance created by VR reproduction reflects the quixotic, subjective nature of contemporary xenophobia, evoking Masahiro Mori’s theory of ‘Bukimi No Tani’ (‘In the valley of eeriness’) to reflect the ‘othering’ that fuels anti-Muslim xenophobia.

Big thanks to Warren Armstrong for technical support with the virtual reality.

Below are some video and stills from the work. 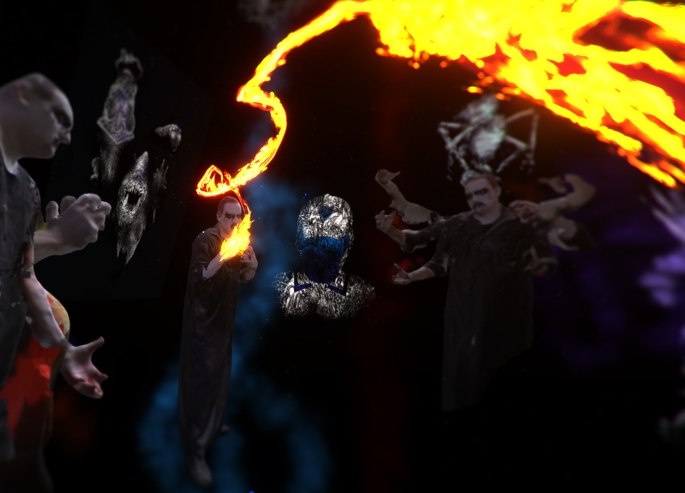 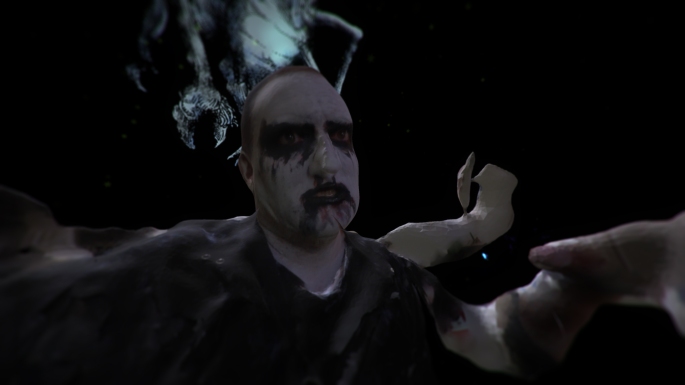